A Psychological Sales Hack for Creating Instant Credibility With Prospects 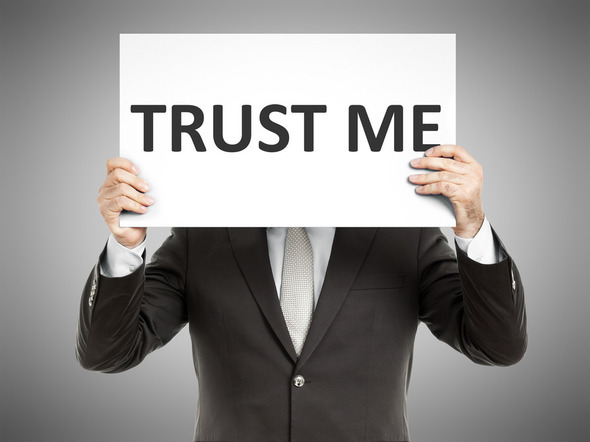 People hate pushy salespeople, annoying telemarketers, junk mail and scammy online websites that try to trick them into buying something.

We know this, right?

Yet, somehow, when it comes to marketing their own business, people tend to do some of the very same things they hate – and then they wonder why it doesn’t work!

But the biggest problem I see in marketing is the natural tendency to talk about yourself.

This is a problem because your prospects are skeptical, cynical, and jaded by marketing in general. So you have to realize that people are naturally suspicious whenever you make a self-centered marketing claim. Their psychological defenses go up. And the more you talk about yourself, the more skeptical they become.

But there is a way for you to instantly gain trust, authority and credibility – without you having to blow your own horn, sell yourself, persuade, or convince anyone that you are “the real deal.”

I discovered this while doing a video shoot for a doctor’s office in New York. He wanted to grow his practice, and I suggested that the best way to do that was for me to come and do a video with his patients to capture their testimonials.

I was totally shocked by what I heard!

With no scripting, these ordinary, non-paid patients said things like…

Now think about it.

If the doctor had gone on camera and said, “I’m a wonderful doctor! I’ve developed this simple, easy procedure that will make you feel 20 years younger! I’ll make you feel like a brand new person! I will totally change your life!”

Do you think anyone would believe him?

Not in a million years!

And yet, his patients can get on camera, say things about him that he would never dare say about himself, and he gets instant credibility and trust.

So, the counter-intuitive way to establish your credibility is to not talk about yourself. Instead, get others to talk about you.

Take a look at the books for sale on Amazon. If you wrote a book and wish to sell it, of course you’ll talk about the book and why people should buy it. But people aren’t looking at that. They’re reading the reviews – they want to know what people other than you think about your book.

Same thing with online ratings and review sites. People want to know what other people think about the you – they expect that you are biased in your own favor. And they’re right, because you are. So they want someone else’s opinion about you.

Same thing with testimonials – people don’t believe what you say about your greatness. But when fans of your work say how good you are, people are more likely to believe it.

Same thing with referrals – if you try to go in unannounced and make an appointment with Mr. or Mrs. Big you will get resistance. But if someone else introduces you first, that referral magically gets you in the door.

Same thing with affiliate marketing. In can take a long time to build up your own customer base by appealing to prospects directly. But if you do a joint venture with a more established brand, suddenly you get a ton of new business.

The common psychological thread in all these instances is the power of third-party credibility. Alex Trebek is not an insurance salesman and knows nothing about insurance, but that hardly matters.

Why do we listen to celebrities? Because people know, like and trust them.

Why can you open more doors with a referral? Because people already know, like, and trust the person referring you.

Why does affiliate marketing work? Because people already know, like and trust the person or brand you are partnering with.

See how it works?

The psychological shortcut to getting people to know, like and trust you is to get other people who are already known, liked, and trusted to talk about you positively.

If you do this right then you never have to “sell” yourself because other people are selling you. In fact, other people will say things about you that you could never, ever say about yourself!

I’ve successfully used this technique (and others) to build third-party credibility for doctors, mechanics, hair stylists, authors, coaches, consultants, and non-profit organizations. It makes no difference what business you’re in or what you do – third-party credibility is essential to your success. Prospects convince themselves, and that makes your job a whole lot easier.