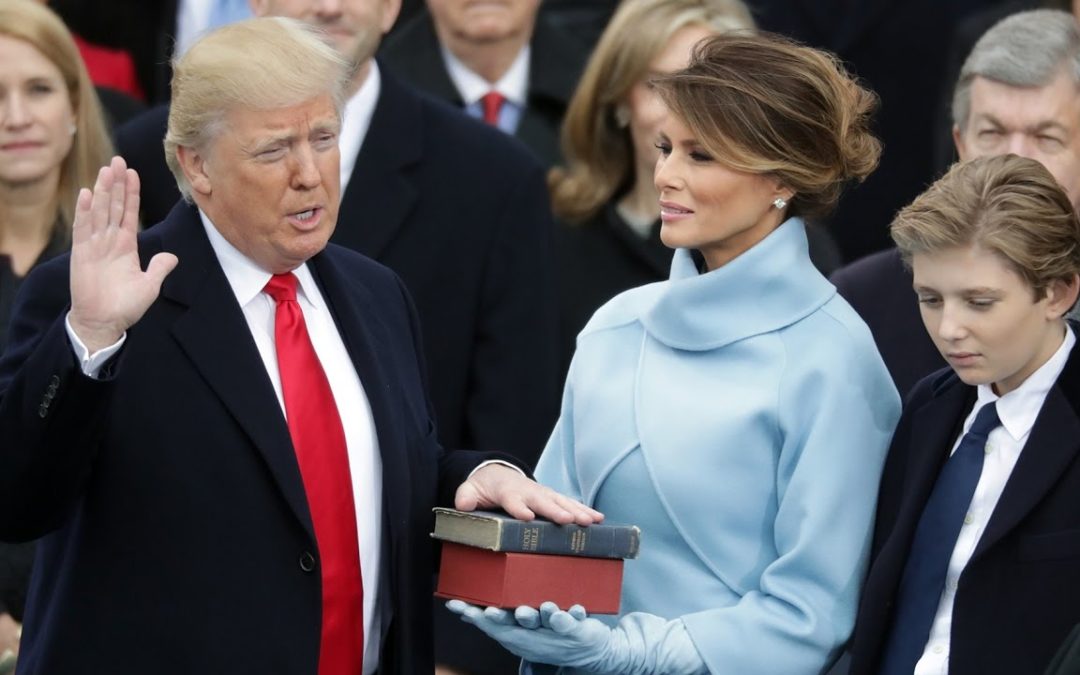 According to a Gallup Poll conducted just after Donald Trump’s inauguration on January 20, 2017, more Americans rated his speech positively than negatively, but none rated it as positively as inaugural addresses delivered by Obama or Bush.

Gallup reported that a majority of viewers, 53%, rated Trump’s inaugural address as “excellent or good.” That falls short of the 65% and 81% “excellent or good” ratings that Barak Obama enjoyed at his 2013 and 2009 inaugurations speeches, as well as the 62% that George Bush achieved in 2005.

While the numbers reflected a certain level of partisan politics (more Republicans had a positive reaction than Democrats), experts agree that it was different from anything they had expected. The Wall Street Journal reported that “President Donald Trump delivered a 16-minute inaugural address on Friday that will be remembered for its populism and defiance… Historians and speechwriters call the address one of the most ominous entrances ever, reinforcing familiar campaign themes of American decline.”

Ralph Brogden, a marketing and media consultant specializing in strategic communications, says the response to the inaugural address signals a need for the administration to shift their tone from “Candidate Trump” to “President Trump.”

“Typically, the President’s inaugural address casts an optimistic vision for America that unites the nation and sets an upbeat tone for the next four years,” Brogden said. “Mr. Trump’s speechwriters made him sound as though he was still on the campaign trail, arguing his case. More importantly, the speech failed to adequately address the needs and concerns of the global audience. Mr. Trump needs to consider that he now speaks not just to the American people, but to all peoples of the world.”

CNN confirmed Brogden’s analysis, quoting an unnamed Arab diplomat who said, “The message was ‘America First and screw everyone else.’ That mind frame is not lost on the world and it is not good for the United States.”

It remains unclear how much of the “America First” speech Trump actually wrote himself. While aides have claimed that Trump wrote the speech, The Wall Street Journal reported that Trump’s chief strategist Steve Bannon and senior advisor Stephen Miller collaborated on the address.

“Whoever wrote it was heading in the right direction,” Brogden said. “They found a Big Idea in giving government back to the people. They eliminated the fluff and kept it brief, consistent with Trump’s desire to get down to business. Amazingly, they only used the word ‘I’ three times but used the words ‘we,’ ‘you’ and ‘your’ over seventy times. So it was intently focused on the American people, rather than himself. That was a stellar achievement.”

But according to Brogden, these positives were overshadowed by negative, campaign-style rhetoric, something The Times of London describes as a “bleak” picture of “American carnage.”

“That’s not the impression you want to leave people with,” Brogden said. “The central idea of the speech was noble – that government exists to serve its citizens, and not the other way around. There were positive, hand-clapping moments sprinkled throughout. But the overall impression that people will remember was the succession of negative images conjured up under the ‘carnage in America’ rhetoric. Audiences are disproportionately sensitive to negative images and they remember them longer. Even the best ideas can be buried with the wrong words.”

Brogden predicts that Trump and his team will adjust their communications strategy to become more presidential, inclusive, and global. “A shift in the audience demands a shift in strategy. You can have the best ideas in the world, but in order to implement them, you have to communicate effectively with all kinds of people, not just supporters.”

At the same time, Brogden concedes that all of this is part of what makes the Trump mystique. “His unorthodox communication style may hold the secret to his success,” Brogden says. “Time will tell. We are certainly in uncharted waters at this point.”