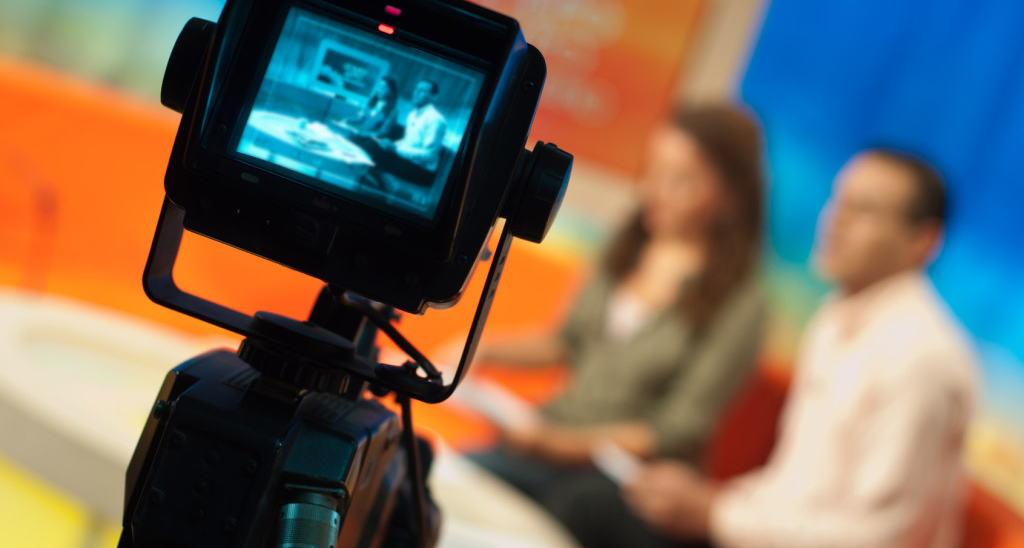 Vizabol Media, is on a mission to catch your customers, clients and patients saying nice things about you on camera.

(NEW YORK) “Most business owners take word of mouth marketing for granted and just hope people will say good things about them,” says Ralph Brogden, executive producer of Vizabol Media. “We say, let’s go get those happy customers, let’s film them, and let’s make that word of mouth a permanent part of your website. Happy customers, clients and patients are the best advertising in the world.”

And he should know. With over 25 years of experience in advertising and publishing, Brogden perfected his craft while working as a marketing strategist and copywriter for a digital media agency in New York. And while he has produced everything from advertorials to web commercials to explainer videos and “let me tell you about my business” documentaries, Brogden says that testimonial videos are by far the most effective for connecting with an audience. “I eventually realized that happy customers make a more persuasive sales pitch than anything the business or practice could say about itself. I couldn’t believe what I was hearing. I was blown away.”

Many marketing and media experts like Brogden believe that Internet video provides the best return on marketing and advertising investment. After extensive testing, Brogden found that less than 10% of prospects read marketing materials all the way through, but 85% of those same prospects would watch a video that contained the same information.  “All of us have learned to tune out typical advertising messages and commercials,” he says. “Even Google calculates your Adwords projections on a 1% response, which means they know that, on average, 99% of your audience is ignoring you.”

Brogden’s solution is to make your video look like something other than a commercial or a sales pitch – something fun, educational, entertaining, dramatic, or helpful. And hopefully, viral. “Tell a story, make ’em laugh, make ’em cry, make ’em nod their head, make ’em want to share it with all their friends on Facebook. But if it looks like the typical commercial, it’s going to be ignored,” he says.

Drawing upon his years of advertising experience and a double major in marketing and psychology, Brogden perfected a unique process for interviewing customers, clients and patients to get testimonials. In the process he quickly developed a reputation for his skill at documenting more elaborate success stories on video. “People started calling me the Larry King of testimonial videos, even though I’m always off-camera,” he says. “When I’m interviewing someone, I’m a marketing journalist. It’s not about me, it’s about the people I’m interviewing, letting them tell their story in their own words, and letting the world see how good my clients really are.”

Some experts caution that while video can be powerful and effective, it takes an objective third-party to produce a video that is authentically customer-focused and not self-centered or full of hype. Brogden agrees. “That’s the whole point. You have to get out of the mindset of talking about yourself. People don’t believe what you say about yourself. They are checking you out on Google, they are looking for ratings and reviews, and they want to know what other people think about you. So if you have a great product or service that makes people happy, we want to make it easy for them to tell their story to the world, because their story is really your story.”

And if a company has a lot of negative reviews and poor ratings, “It’s even more critical to find your happy customers and get them talking about you on camera,” Brogden explains. “We can’t erase negative reviews, but we can mitigate the damage by filming people who had positive, happy experiences. Reputation management must be proactive, not reactive.”

To make his style of video more accessible to small businesses and non-profits, Brogden figured out a way to make the studio portable and deliver a film crew on-site, anywhere in the world. “We bring the studio to you, we film on location, and a few weeks later you get a professionally-produced video for your website that’s going to tell your story from the perspective of your best customers.”

But what sets Vizabol Media apart is what happens after the video is produced. Back in the production studio, Brogden takes off his marketing journalist hat and puts on his marketing strategist hat. He directs a creative team that leverages each video with major media publicity, social media distribution, analytics, lead-capturing devices and email marketing campaigns that automate the sales process for their clients. “Something magical happens when you tap into this,” Brogden says with a knowing smile. “A well-produced video, combined with major media coverage, positions you as an authority in your field. Your ads start pulling better, you start getting more visitors to your website, you begin converting more prospects. You get lots of buzz. People are eager to work with you. They see your video and they are pre-sold on why you’re the best choice for them.”

Brogden predicts that his style of video marketing is here to stay. “For years, people were glued to three major television networks and advertisers knew where and how to reach them. Today, everyone is online. With Internet traffic shifting from desktop to mobile, and with the fragmentation of audiences across dozens of news and social media sites, Internet video will continue be the fastest, easiest, most effective way to reach people for years to come.”

To see Ralph Brogden and his team in action, visit Vizabol.com.